<p>INDIANAPOLIS, IN (July 19, 2012) — New language has been added to the high school baseball rules to re-emphasize that non-wood bats cannot be altered.</p>

<p>The new note in Rule 1-3-2 is as follows: “The NFHS has been advised that certain manufacturers consider alteration, modification and ‘doctoring’ of their bats to be unlawful and subject to civil and, under certain circumstances, criminal action.”</p>

<p>“Not only is it a violation of NFHS baseball rules to alter a non-wood bat, this new language emphasizes that an individual could be subjected to a civil or criminal lawsuit for tampering with a bat,” said Elliot Hopkins, NFHS director of sports and educational services and staff liaison to the NFHS Baseball Rules Committee.</p>

<p>“Technology has improved to the level that mobile devices can accurately video different aspects of the game, which provides an unfair advantage to a coach by replaying the footage in the dugout during the contest,” Hopkins said. “The committee also agreed that there was no reason to have any electronic devices in the coach's box.”</p>

<p>The final change approved by the Baseball Rules Committee deals with the warm-up criteria for a pitcher who replaces an ejected player during an inning. If apitcher is ejected, an incoming pitcher will be afforded the same warm-up criteria as a replacement for an injured player.</p>

<p>Under normal circumstances, a relief pitcher is allowed eight warm-up throws; however, the umpire may allow additional pitches because of an injury, ejection or inclement weather.</p>

<p>A complete listing of all rules changes approved by the committee is available on the NFHS Web site at www.nfhs.org. Click on “Athletics &amp; Fine Arts Activities” on the home page, and select “Baseball.”</p>

<p>Baseball is the fourth-most popular sport for boys at the high school level, according to the 2010-11 NFHS Athletics Participation Survey, with 471,025 participants nationwide. The sport ranks third in school sponsorship with 15,863 schools sponsoring the sport.</p>

6-1-3 ART. 3 . . . For the set position the pitcher shall have the ball in either his gloved hand or pitching hand. His pitching hand shall be down at his side or behind his back. Before starting the delivery, he shall stand with his entire non-pivot foot in front of a line extending through the front edge of the pitcher’s plate and with his entire pivot foot in contact with or directly in front of and parallel to the pitcher’s plate…any other infielder.
Rationale: To eliminate any confusion or circumvention of the set position pitching rule by a pitcher or coach. Also, to emphasize the pivot foot requirement to be in a legal set position.

For an umpire, there’s only one thing worse than being out of position to make a call.

It’s ending up as the center of attention.

Or ask Miles Lewis, who until now you’d very likely never heard of for anything he’d done on a baseball diamond.

The NFHS rule book says "if a player who receives a blow to the head & shows signs of a head injury [ headache,dizziness, confusion,balance problems etc. ] should be taken out of the game. He can return the same day if cleared by an appropriate health care professional."

The Monroe county A.D.'s have made a ruling stating a player cannot return until cleared by the school Nurse. So if a team plays a double header he cannot play either game if injured in the 1st game. We should use this in all our high school games. 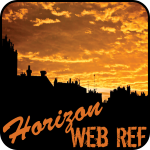